Mr Peter Grk, Secretary-General of Bled Strategic Forum, looked back on the past 15 years of the event saying that the BSF had hosted “the most prominent political figures, brightest scholars and progressive businessmen to better understand the world we live in. Not out of altruism but out of necessity.” He described modern times as ones of crisis management. “And the BSF never backed down from a challenge or from a crisis.”

Dr Logar said that he was not surprised by the challenges seen in the international environment. “The pandemic has enhanced and sped them up but it did not create them from scratch. The way we handled the pandemic reflects the altered world that was already there.” It was reflected in unilateral actions, the disregard for the established international order, law and commitments and in questioning out model of governance. Moreover, economic relations became strained, more competitive, protectionist and unpredictable, while the security environment was changing as well, he said.

“The EU, our second home, has been struggling too. It was hit by Brexit, migration crisis, division regarding the principle of solidarity, diverging views of and misunderstanding on the rule of law. A more assertive role on the global political stage remains a challenge for the EU.” He underlined that Slovenia firmly believed that the continuation of the EU enlargement process towards the Western Balkans should be a part of the vision of a union that radiates its attractive power.

With global international cooperation weakened, tendency goes towards smaller, regional frameworks, the foreign minister said. “As for Slovenia, our eyes are again on the geographic and cultural space that has shaped us through centuries: Central Europe. This is no nostalgia. It’s about concrete projects to better connect our countries, primarily with transport and energy infrastructure.” There is, however, also room for cooperation with partners outside the region, said Dr Logar, pointing to the Three Seas Initiative.

He also underlined the importance of European security, saying it does “not exist without the Transatlantic alliance, even when we do not see exactly eye to eye or have competing interests. Security, together with values and democratic standards, is the cornerstone of our partnership. We must safeguard it also by accepting the concept of fair burden sharing.”

The opening was also addressed by Dr Dimitrij Rupel, Former Minister of Foreign Affairs of the Republic of Slovenia, who was in office when the idea for the BSF was born in 2005, a year before the first forum took place.

Commenting on the path taken by Slovenia in terms of international ties, he said that some commentators had complained “that the Slovenian government, by associating itself with the presumably less prestigious groups of central-eastern and south-eastern countries, was abandoning its core position, i.e. the cosy compartment on the so-called German and French train. These critics do not see our solidarity with the new democracies never excluded our ambitions to travel with a TGV train.” “If I understand the ambition of the BSF correctly, we are friends of all kinds of travel: by boat, or by train, even by plane. The COVID-19 virus is keeping us apart but our destination and destiny are the same.”

Mr Pahor, meanwhile, said that Slovenia wished to be “at the core of a more integrated, developed and enlarged EU”. Being a member of the Euro zone and of the Schengen area, Slovenia is bound to strive for a deeper and more united EU, the president said, adding a note of caution: “Regarding unity, I wish to point out that not only Slovenia but all EU members must strive not to threaten the unity of the union through their various cooperations but rather to consolidate it. Last year, for example, Slovenia hosted the Three Seas Initiative. Such regional initiatives for closer cooperation are legitimate and useful, but should never come at odds with the efforts for a better integrated, unified and more efficient EU.”

He also expressed the belief that the basic orientations of Slovenia’s foreign policy correspond to the new challenges. “I refer above all to the commitment to multilateralism, active participation in the EU and NATO, the promotion of TransAtlantic cooperation, good neighbourly relations, peaceful settlement of disputes, and general contribution to the preservation of global peace and security.” 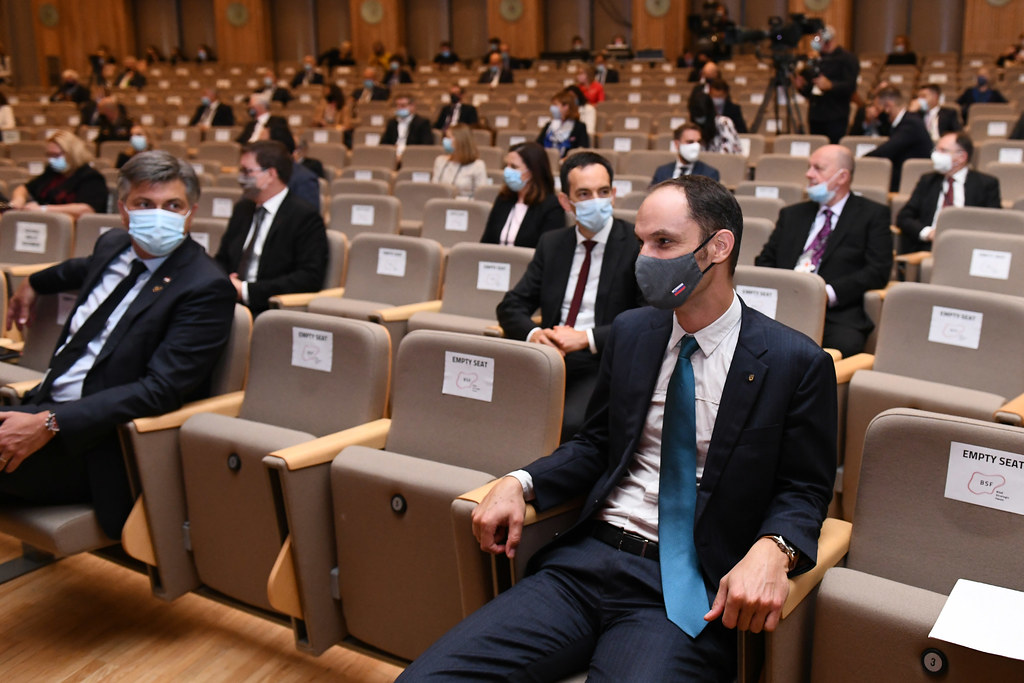