The Western Balkans are part of the European story and the problems of the region are also the bloc’s problems, said Mr Miroslav Lajčák, the EU’s Special Representative for the Belgrade-Pristina Dialogue and other Western Balkan regional issues, at the 15th Bled Strategic Forum (BSF). He stressed that normalisation of Belgrade-Pristina relations was a process.

Mr Lajčák, an expert on the region who has been dealing with its issues for 20 years, took over his new position in April, and the most prominent feature of his 12-month term is focussing on improving relations between Serbia and Kosovo.

The appointment is a signal from the EU that regional issues, including EU enlargement, are one of the bloc’s priorities, said Mr Lajčák during a conversation at the BSF event, highlighting that “the previous EU Commission did not deal with the region in a proper way”.

It did not promote enlargement processes and there were several mistakes, including moving the goalposts and invoking the “us versus them” divide, which did not improve the situation in the region, said Mr Lajčák, stressing the importance of a credible European perspective.

“If the EU wants to be a global actor […], then we have to start demonstrating that we can help organise things in a European way on European soil.”

He said that in a large part of the EU, particularly in the west, there was no enthusiasm for enlargement, but instead of just focussing on the technical details of the process, the EU should stop ignoring the political aspect of enlargement.

It should bear in mind that any efforts to oppose enlargement are counter-productive and serve by example. He added that the vicious circle of a lack of trust between the Western Balkans leaders and the EU needed to be broken.

Mr Lajčák also highlighted that “the EU helped the region generously in their fight against Covid-19”.

Asked about the situation in Bosnia-Herzegovina, the EU Special Representative said that it was difficult to find partners to discuss the country with due to its complicated structure.

He called for efforts which would resolve the dilemma between the civic and Dayton or ethnic principles in the country, highlighting that a European future enjoyed broad support in Bosnia and Herzegovina.

Regarding the normalisation of Kosovo-Serbia relations, Mr Lajčák said that it was “a process and not an act”, pointing out that improving the relations was vital.

Setting a timeline would not be productive, neither would be to drag the process, he added and welcomed any initiatives from third parties as long as they helped.

Such a normalisation would speed up European integration for both Serbia and Kosovo, he said, highlighting that meeting European standards was a must.

“There is no ideal model, but the EU is the best of the existing models,” he concluded. 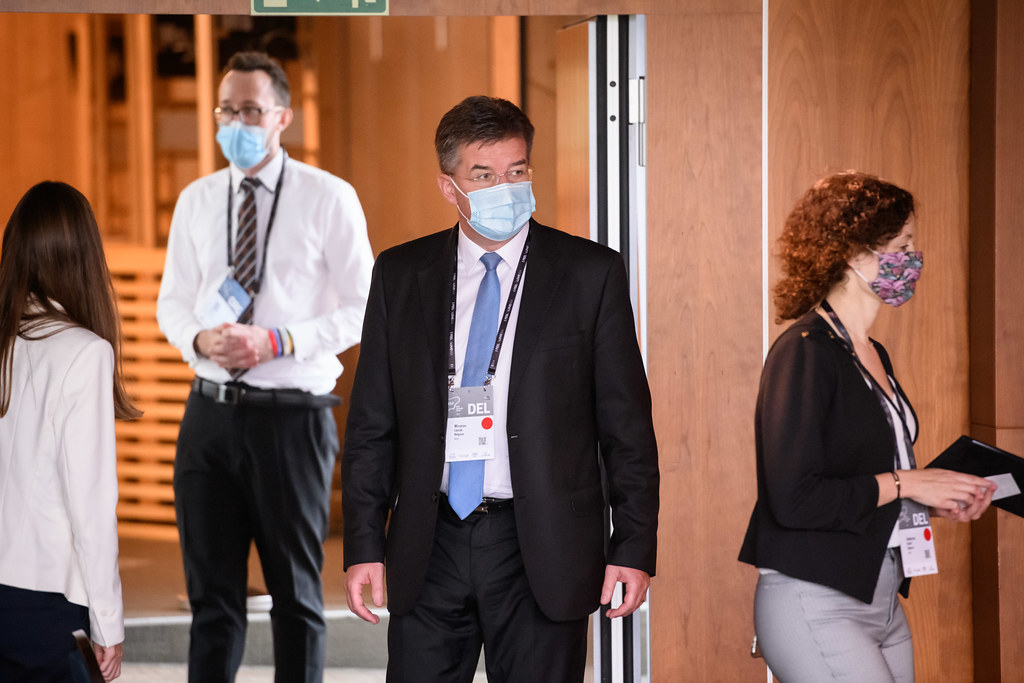