In partnership with the George C. Marshall European Centre for Security Studies and the Ministry of Defence of the Republic of Slovenia.

The European security and asymmetric threats panel at the Bled Strategic Forum (BSF), moderated by Ambassador Iztok Mirošič, Ambassador-at-Large / Special Envoy of the Minister and BSF Programme Director, saw the participants broadly agree that a lot of adjustments to the European defence and security policy will be needed, including because of cyber threats and the COVID-19 pandemic. China was also discussed as an element which seeks to direct countries in the region more towards the east.

Dr Matthew Rhodes, Professor of National Security Studies and Area Studies Chair at the Marshall Center, said that the Balkans had been identified as the area in Europe with the greatest concern, and that a lot of concern was related to Russia’s activities in the area, as well as China’s.

“Both countries took advantage of a slower response by NATO to present themselves as saviours,” but this became mixed up by these countries’ government with a broader (mis)information campaign.

In relation to this, Lt. Gen. Christopher Cavoli, Commanding General of the U.S. Army Europe, was asked about the US presence in Europe. He said that the commitment to Europe was real, and that combat training and readiness activity was at an appropriate level.

According to him, what is paramount for large-scale operations and the common defence in Europe is sufficient direct presence in Europe, to which the US would serve as reinforcement.

As for the influence of Covid-19 on military training, Mr Cavoli said that a recent exercise involving 7,000 US and Polish troops with no positive cases had shown that this was possible if strict rules were followed, and “this is critical to sustain our readiness.”

Mr Matej Tonin, Minister of Defence of the Republic of Slovenia, talked about the need to adapt to the new reality brought by the pandemic by using conventional capabilities, while another must is “developing capabilities for cyber security”.

As for Slovenia as a NATO partner, he admitted that the country has not been reliable in the past. “We never deliver, we never fulfil our promises, we have to act dramatically differently”, he said, promising that the new government would have a totally different approach.

Mr Matt Boyse, Deputy Assistant Secretary overseeing policy towards Poland, the Czech Republic, Slovakia, Hungary, Romania, Bulgaria, Slovenia, Austria, Switzerland, and Liechtenstein at the Bureau of European and Eurasian Affairs of the U.S. Department of State, meanwhile focused on China, saying it strove to turn countries in the area eastward.

They want to present themselves as saviours, he said about China’s response to the pandemic, and also noted that the country’s approach tended to be more economic, and attempted to take over infrastructure in Europe.

This is why Mr Boyse sees the Three Seas Initiative as a good attempt from this perspective, as the member countries want to generate their infrastructure themselves, which has a strategic dimension to it.

In this respect, Mr Pawel Herczynski, Managing Director for CSDP and Crisis Response at the European External Action Service (EEAS), said that EU needed to take more responsibility for its own security, which was also expected from its partners.

“A greater role of the EU in security and defence will strengthen NATO,” he said, adding that cooperation at the EU level meant combining know-how and capabilities in a way that is more efficient than it would be at the national level.

Ambassador Bettina Cadenbach, Assistant Secretary General for Political Affairs and Security Policy at the North Atlantic Treaty Organization (NATO), added that the most important issue that the health crisis does not turn into a security crisis.

According to her, there is a need to adapt on several levels because of hybrid threats, the need to downsize operations because of the pandemic and introduce new and non-traditional areas of defence, including in cyberspace.

Ambassador Tuula Yrjölä, Officer-in-Charge/Secretary General at the Organization for Security and Co-operation in Europe (OSCE), focused on the role of the organisation in the ongoing crises, saying that dialogue had been suggested with Belarus, also through Russia.

“The OSCE is the proper organisation to deal with this crisis,” she said, adding that other possibilities would be invoking the human dimension mechanisms, as well as the Vienna and Moscow mechanisms. 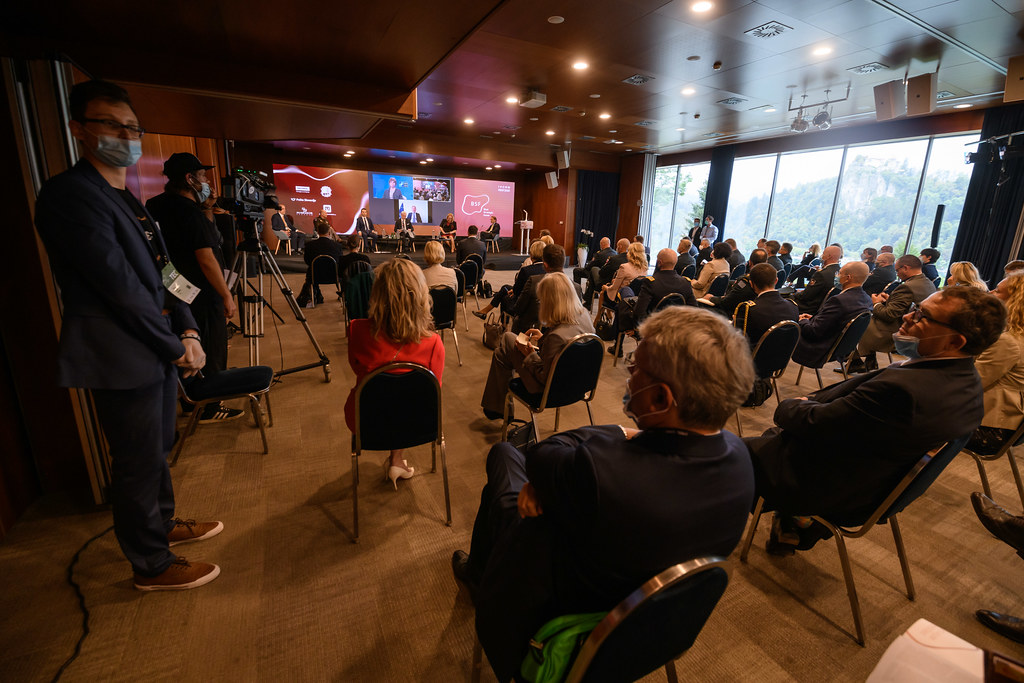